Balmy temperatures, stunning architecture and grand views – that all is Lisbon. What Lisbon is also: sore calf muscles!

The one who wants to enjoy the rich beauty of Portugal’s capital has to be prepared to go the extra mile… or two for that matter…. up some brutally steep hills. The reward is even greater, though, for those who make the effort.

My legs were hurting, that’s for sure. Yet, while not inspired photography wise during my few days, (Lisbon offers enough subjects to photograph – I was simply not in “the zone” and had other things on my mind) it still felt great to climb around the city and get surprised about what’s next to be explored beyond the next wall of steep stairs.

The richest of rewards to reap is – of course – a delightful sunset; the golden sunlight glowing above the rooftops of Lisbon’s historical city, illuminating the monumental Lisbon castle

This photo – one of the few I took during the week – was taken atop of the Miradouro da Graça – quite clearly the prime viewpoint of Lisbon. A grand view offering the full scale of the hilly Portuguese capital.

Using the Telezoom Tamron 70-200mm turned out a perfect option opposed to a wide angle. A handful of vertical frames shot at 70mm stitched together in post worked best for me.

Final day in Sydney – leaving the great city with a smile and some tears. Truth is I’d love to spend much more time here. I just got settled, have found my grove and the more I watch out the more exciting opportunities for photography I find.

But the schedule is relentless and the not less spectacular wonders of the 12 apostles are waiting in the wings.

Nonetheless, on this last evening Sydney presents itself from its most sensational side. Vivid Sydney, an open air lightning show, lights up all the big sights of city. There are also free concerts, internal food, theater and so on. It usually runs for three weeks during the Australian winter between May and June.

Of course from a photography perspective I was looking all week long forward to this. Given I had only this one night I had to shots in mind – two “money shots” – nothing too fancy, just something I can take home and look at in years to come and say: “wow, this was beautiful”.

A panorama from the Opera House side, spanning from Circular Key over the to the Harbour Bridge – I tested this on an earlier day during day time and I knew this was what  I wanted once everything is lit up. The image above is the result.

A second image I had in my mind, was the classic one: the Opera House. Now, during my days in Sydney I’ve got numerous shots of the Opera House. I like them. But to get the chance to get a photograph during the night with the projections on it – not a once a lifetime opportunity as such, but if you live normally on the other side of the world then it becomes a rare opportunity.

From an earlier walk I knew there is a little grass land right beneath the Harbour Bridge from where you get a prime view of the Opera. Armed with Tripod and 70-200mm lens I set up and captured the moment: 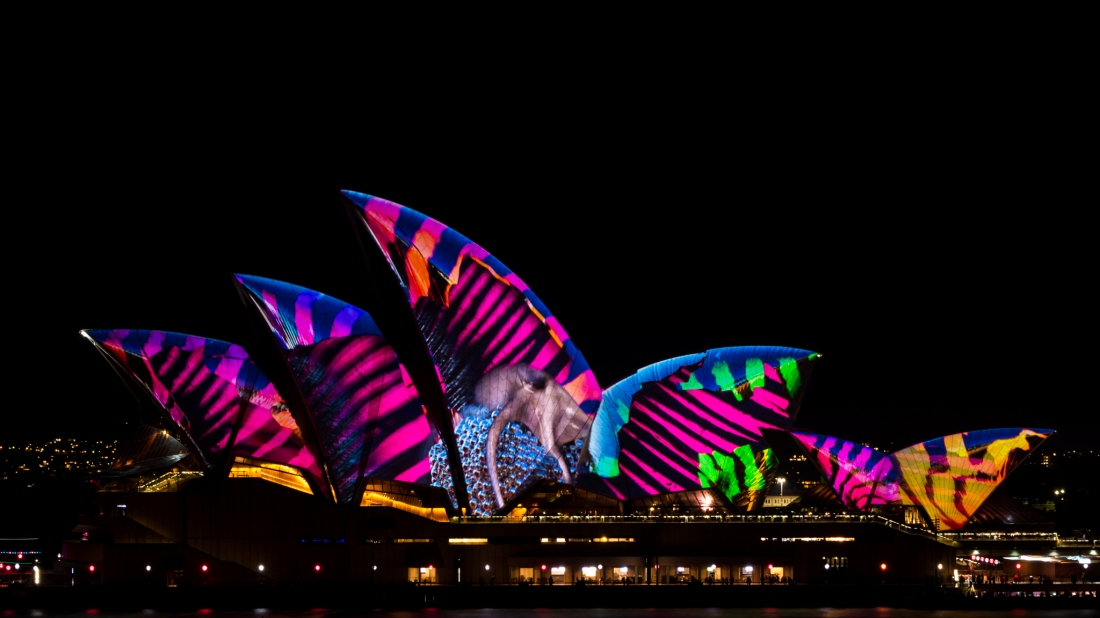 Battered by storm and rain for days, Sydney still manages to produce breathtaking beauty: a massive double rainbow stretches all the way from Harbour Bridge across the entire city centre.

Photographs like this, but even more so these moments witnessing it in flesh are the reward for being out there regardless of the weather. If you wanna see it you got to make the effort. You won’t get this on your couch in front of the TV.

In these days here in Sydney, where it has rarely stopped to rain and I got soaked multiple times since I arrived, it would have been easy to kick back, relax and enjoy coffee and cake in the one of the really nice coffee shops the city has to offer aplenty.

But there is more to life, isn’t it? So I get out there and soak up the beauty of this place, the visual riches that keep giving and giving particular for photography.

Though, I have to admit, that particular day when this shot was taken – Thursday – a couple of hours before I was slightly depleted. I sat in the train on the way to the city, and the rain was hammering against the windows again… or still? You know, when this is all you see and hear for days it can be a bit depressing. Particularly if you fly around the globe to see this particular city!

Lesson of the story? Get out shoot enjoy life and keeping shooting!

Breda’s futuristic Chasse Prromenade with the historic Grote Kerk in the background as a reminder of the historic past.

From Wanchun Pavilion at Jingshan Park, the highest point of Beijing, you can make out the vastness of this monster of a city – December 2016 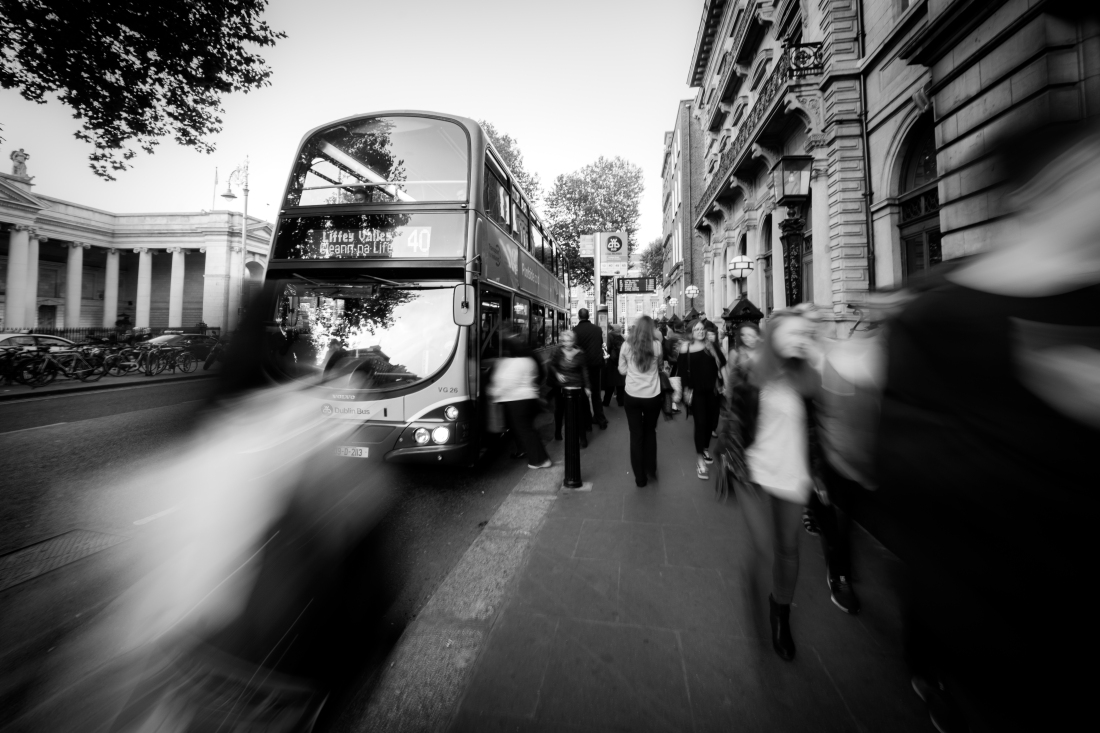 Skyline Dublin as seen from the Samuel Beckett Bridge